Transcript: Is the US the World’s Favorite Tax Haven? 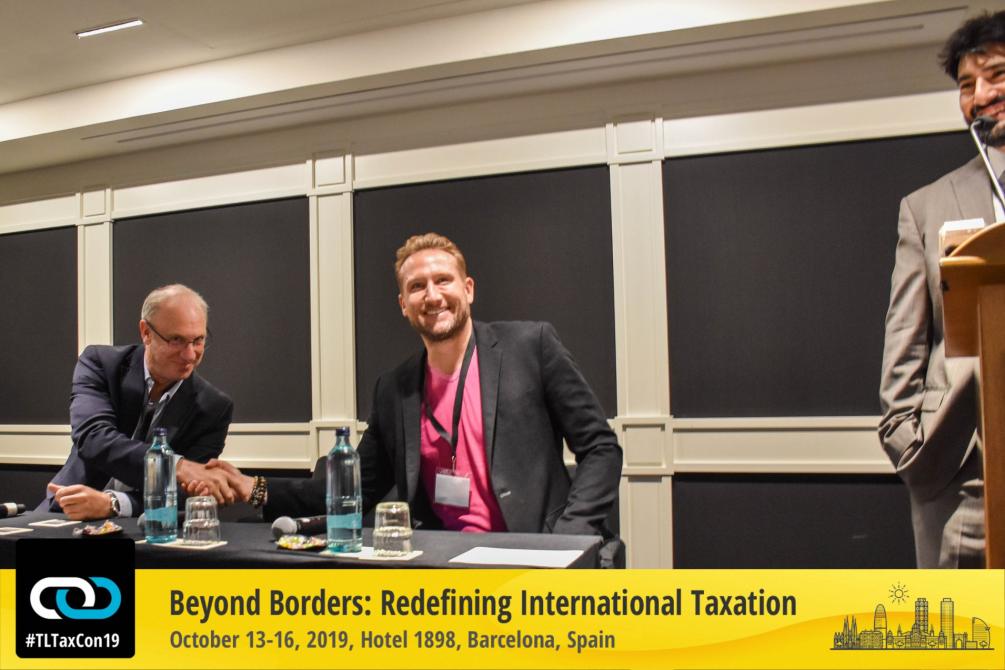 We're down to our last three transcripts to release on the different panels and keynote speeches presented during #TLTaxCon19 held in Barcelona back in October 2019.

For those of you who missed it, below is the full transcript of our panel on the US as the world's greatest tax haven, starring two opinionated and enthusiastic guys in John Richardson of Citizenship Solutions, Canada, and Jimmy Sexton of Esquire Group, Dubai.

As usual, here are some of the panel's main highlights.

What sorts of opportunities are available to firms and individuals in the US that would lead one to categorize the US as a tax haven?

John Richardson: "I think it's the whole legislative structure. The whole assumptions upon which it's based… The United States has very favourable tax rules to attract capital to the United States. In fact, if you were to go to a site, which I once saw called www.taxhavenusa.com, it actually describes this as to why it's a good idea to get your capital into the USA, so the rules lure the capital into the United States. There are certain kinds of investment income that are not taxed at all. The capital gains on shares would not be taxed…The second thing is that FATCA, because it has been the US excuse for not signing onto the CRS, has actually created an environment where people can park their money in the United States, with an expectation that the US government is not going to transmit that information, at least on an automatic information exchange basis, to other countries."

Jimmy Sexton: "The other thing is you can still do banking there. I mean, you can form a company in the United States, walk into a bank and get an account open in about 15 minutes. In Europe, you're lucky if you get an account open in 15 months with all the due diligence and the EU money laundering directives and all this kind of nonsense. I mean they've crippled business. I'm watching a lot of my clients from Europe go to the US just because they can do banking there so much easier. So they might have their companies in Europe, but all the banking is in the US, all the money's in the US."

Is the US truly hypocritical sustaining action against individuals and corporations that use tax havens to conceal their wealth, yet continue to offer many of the same services within its borders?

John Richardson: "No, I don't think it's hypocritical at all, because to be a hypocrite suggests some consciousness and concern or awareness of what's going on in the rest of the world. And I don't think that the US has even the slightest interest in what's going on in the rest of the world. I think this is very much reflected by being led by the US tax wise. We talked about clear correlations between this new tax proposal and the GILTI rules, but the tax reform in 2017 was a direct assault on the tax base of practically every other country in the world, principally through the subpart F regime, which basically created fictitious tax events that allow the US to essentially extract or extort tax from the tax base of other countries before there was a realization event in that country, guaranteeing that the US quest for this money could have no way be stopped by any argument about something as ridiculous as foreign tax credits, because there was a timing mismatch on this."

Do you think that European Union will attempt to compel the US to make FATCA truly reciprocal? In other words, will the US ever sign onto the CRS?

Jimmy Sexton: "I don't think Europe has the capacity to compel them. They just updated the blacklist on October 10. Somebody from the EU basically came out and said they meet the criteria for putting on the blacklist but it's not politically possible. And so, I think, no, they can't compel them. And I mean technically under FATCA there are bilateral agreements with FATCA that the US should be sending the reciprocal data, but in 2012 the IRS basically said that we don't believe that your foreign systems have the proper security in order to receive and protect this data, but they didn't set any standards of what would be satisfying. So, the data just never flowed. I guess the short answer is no, I don't think it's going to change, because I don't think there's any motivation at the current moment."

John Richardson: "There's an old Russian saying: the days go slowly, the years go quickly. I am inclined to think that somewhere down the road, one of two things is going to happen. Either, the US will take position with the acquiescence and recognition of the rest of the world that they are a jurisdiction completely under themselves, they're not even going to pretend to be integrated internationally in any responsible way. And they will just continue on…The other thing that could happen, which I actually think is more likely, is that the change to things like FATCA and CRS are going to come in a different way. And that is that I think we would all agree that FATCA is a sanction essentially on other countries no more no less with a 30% withholding, but it's there to try to enforce the US, what they call citizenship-based taxation, which I call imposing worldwide taxation on the citizens of other countries. And once it is recognized that that's in fact what's going on, then I think you're going to get clear pushback because I think these countries are going to have to push back. And then I think there's likely to be an accommodation on this, which would be that the US may in fact down the road join the CRS."

Find Out What’s Trending in the Transfer Pricing World
by
14 Feb 2020
Did You Know About Greece’s New Tax Status for HNWIs?
by
12 Feb 2020
Netflix Accused of Tax Avoidance in the UK
by
07 Feb 2020
Blockchain & the “Uberization” of Law: A Webinar
by
05 Feb 2020
OECD Reaffirms Commitment to Unified Approach on Taxing the Digital Economy
by
31 Jan 2020
Menu
JoinLogin