Taxation in the Times of COVID-19: Part I

Did you miss Part I of our webinar on the tax impact COVID-19 has had on jurisdictions throughout the globe?

If so, please download below the event's full transcript.

A special thank you to our four panelists for sharing their insight with us, including their tips on how to do business development during these trying times.

If you have any follow-up questions for our panelists, make sure to submit them below.

For now, here are some of the event's main highlights!

How has COVID-19 affected your jurisdiction's tax regime? What sorts of tax breaks or benefits have been put in place as a result of COVID-19?

Meori Ampeli: "In Israel, If we talk about the employees, first of all, on March 20, the eligibility to unemployment benefits was broadened dramatically, which allowed employees to be put on involuntary unpaid leave for at least 30 days with unemployment benefits provided for a certain month. So basically employees were forced to go on vacation; we talk about 1 million people right now, we have unemployment of about 25% of the market cap, of the market working here in Israel. So the government allowed certain months of unemployment. The funny thing or the ironic thing is that right now, when we want the market to come back to shape again, part of those employees prefer to stay at home and receive these unemployment benefits until it's over. On the one end, you want to get businesses back on track, but on the other end, people prefer to be in the summer and the sea, but it's a huge problem with respect to the unemployment."

Ronaldo Apelbaum: "So what was the decision from the Brazilian federal government specially where most taxes are paid? Let's give a relief to the companies. The taxes that should be paid in April were postponed to August. And taxes that should be paid in May were postponed to October. And also companies could suspend employees, they would not work for two months, and the government would pay most of the salary for two months, so April and May. And also the government decided to give $100 for each family also for two months. So, April and May. And what happens? This was really something that worked very well. And companies were happy about that. People had access to the benefits. We didn't have a situation like Meori mentioned in Israel, the unemployment grew a lot, no, that didn't happen, because the companies should keep the job of people in order to receive these benefits. But what we have now? May is already finished, it's ending. So what is going to happen in June, July, and August considering that we don't know yet in Brazil if we are at the beginning of the curve, in the middle or on the top? So what about the future?" 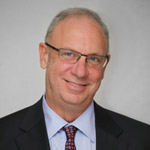 John Richardson: "In broad strokes, what's happening in Canada is there's direct relief for individuals who've been working, including ones that are not eligible for the basic unemployment insurance. Interestingly, there's direct relief for students who normally would be looking for a summer job at this time of year. There is, I'm going to call it direct relief for businesses if you want to take it, okay. Now, this stuff is a little bit more interesting because the stuff for individuals and for students is actually administered, I mean, I assume this stuff is taxable. You have it reported on your tax return, but it's just administered through direct application. You know, "Hi, I need some money, good stuff, okay, just fill out a form, we're going to send you some money." I mean, it is amazing. As the rule says for individuals, they can get $500 a week for four months. That's how it stands now, I would expect them to expand this. And I really must say that there are some people who are better off financially with this than without it. And then they're offering students something like, I mean these numbers probably mean nothing to listeners, but a slightly reduced version of $350 a week for students. And this is not so bad, particularly given a lot of students might not be able to get summer jobs anyway. And, again, you just apply for this stuff, right? It's not tied directly to the tax system. And this is hugely significant because it has to do with how quickly you can get it and stuff like that. And for businesses, they have a wage subsidy program where they're going to pay up to 75% of what you were paying them up to a maximum of 800 and something dollars, again the numbers are not particularly relevant. But the point is that this is beyond massive and, by the way, rent relief in various formats. This stuff is so massive that it's going to have an effect on the economy that it's almost the equivalent of a nuclear bomb hitting the economy."

How can financial service providers and lawyers best develop their business considering the current scenario? And how important will online marketing and video conferencing be moving forward?

Adriana Belei: "So in the presentation there is a point where it says: Focus on things that really matter, the 5-5-5 list. So what we advise companies is to focus on things that really matter and bring value to the company. So that is five clients that bring you revenue and more opportunities. Five colleagues that are going to support you, to be able to take care of their time. And then finally five influencers meaning people that are going to bring more opportunities for your firm. So you need to circle out those five clients, colleagues and influencers and nurture and work on them because those are going to be the people that once you're getting out of the COVID situation are going to continue working with you. And you also can control, you can have an impact on their cases, you can have an impact on how you handle their projects, but you cannot be providing services and advice to everyone because they're trying to find a solution for their cases but they are not open to hiring services. So it's better to focus on someone you have been working with, with previous clients, than trying to put your efforts in attracting new clients. So maybe prospecting and attracting new clients is something that you would leave or you to start to prepare your strategy in three-to-six months time, because right now it's something that is just not worth the investment."