The Trials and Tribulations of the Digital Economy: A #TLTaxCon19 Panel

The first panel at Beyond Borders, our second annual international tax conference, tackled the taxation of the digital economy and the various initiatives being pursued by the OECD to reform this sector.

Our panellists tackled five questions submitted by our network and below is the proof of their efforts to provide answers to an extremely difficult and complex problem.

Here are some of the panel's main highlights!

What are your thoughts on the OECD's latest idea regarding residual profit and their three-tiered approach allocating 3 profit categories to market jurisdictions? 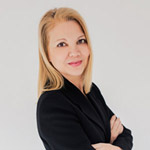 Stella Raventós-Calvo: "The very first thing we should consider is that this is a very political debate. It's not a technical debate…I've never believed in the digital economy. I believe in digital businesses, which is completely different because everything's going digital. But it's not essentially digital, the world is not entirely digital. But the voice was raised that digital companies didn't pay much…didn't pay at all in many countries. And, as a consequence of that and of the US tax system, they didn't pay at all. They didn't pay in the markets where they were active because of the existing rules. And, therefore, they had to pay. That's what the GAFAs was about."

John Richardson: "What we have going on here is the wrong answer to the right question, if I can put it that way. Spending most of my time thinking about US tax laws, I'm very used to and wary of anything that is a deeming provision. Now, you mentioned the US tax reform, and one of the things that happened was a massive expansion of what's called the subpart F regime, which is a fancy way of obscuring a system of rules to tax people on income they never actually received. That's what a deeming provision is and the amount A in this three-tiered thing is, in fact, a deeming provision. It is entirely possible, and it would be my absolute expectation that if this were to go through as suggested, there will be plenty of companies that are going to be paying tax on income they never got, profits they never received, etc. And that is very problematic."

Ronaldo Apelbaum: "In Latin America, we're talking about 600 million people and 90% of these people, they have smartphones. So they use a lot of IT services. And I don't see the companies paying not even sales tax, not even VAT, and imagine income tax for these companies. So it's a good challenge for us to discuss how to bring the money to all the jurisdictions in a way that would be fair for everybody to have some part of the taxation."

Oxfam's John Langerock tweeted, "The big winners of this [Unified Approach] reform are all transfer pricing units of the Big Four!" What are your thoughts on this take?

Ronaldo Apelbaum: "What we see in this new proposal of the report is that they are creating a kind of file. I'm tired of files. Everybody has seen how it's difficult in Latin America to deal with files. So in Brazil, we work five, six, ten times more than other countries to fill files. They're filling all kinds of information, numbers and numbers and numbers and facts. And what we see at the end of the day is absolutely nothing. So in the last company that I worked for, I received a tax auditor in the company from Brazil's IRS. And he told me, 'Something's wrong here, inside this company, I want to check.' A lot of things are wrong here. So what do you want? 'I want to understand, I can't understand. You have been growing in the last five years and you are paying zero of income tax.' And then I told him, 'You need to understand there is something called tax planning. Multinational companies, they do tax planning. So we move revenue from one part to the other. We create agreements in order to move our revenue to countries where the taxation is lower.'"

Stella Raventós-Calvo: "I feel as if we were going back in history in the 1920s. This unified approach was discussed by the League of Nations as a curiosity. The Spanish representative defended the Spanish system, which was that of allocating a portion of the global profits to each country. And it was discarded by the OECD in 1963 with a draft and came up with this notion of separate enterprise. And that's the base for Article 9 and for the transfer pricing exercise, which to me, personally—I'm not talking here about the CFE, I'm talking as a lawyer—it's a bit of an artificial construction because it goes beyond the rational. In my view, the guidelines are not that clear for starters. I mean, if you ask 20 different transfer pricing experts about a solution, they will come up with different answers, which means that from the legal point of view, it's completely useless. You know that when you have a tax audit on transfer pricing, you will end up with an assessment, that's for sure. That's the only thing you can be sure of."

John Richardson: "I'm probably going to be lynched here, but I was really not all that offended by the French proposal to just slam a revenue tax on these people…I do appreciate, I mean, people immediately started screaming about how there's no income and blah, blah, blah. But that strikes me as a possible solution to this problem that avoids all of the other things we're talking about. I think the discussion and the bureaucracy of this is so troubling that I just don't think it's workable. And maybe what you do is you give companies a choice; you can submit your income to taxation and you write a law that says you can have a choice. You're going to be taxed and you have a choice on how to do it. One, you can be taxed on your profit in the company and we're going to do something about the transfer pricing rules, etc., with a claw back thing…Or you can pay a 3% revenue tax. And I think that's not so bad, actually, in terms of solving the problem. I realize that that's a point of significant disagreement."