The big news in the world of tax this week has been The New York Times’ release of Donald Trump’s 1995 tax returns, which showed that the Republican candidate had file losses amounting to close to $916 million.

According to The New York Times, certain “tax rules especially advantageous to wealthy filers would have allowed Mr. Trump to use his $916 million loss to cancel out an equivalent amount of taxable income over an 18-year period.”

More specifically, the article says, “The $916 million loss certainly could have eliminated any federal income taxes Mr. Trump otherwise would have owed on the $50,000 to $100,000 he was paid for each episode of “The Apprentice,” or the roughly $45 million he was paid between 1995 and 2009 when he was chairman or chief executive of the publicly traded company he created to assume ownership of his troubled Atlantic City casinos.”

All of these losses came at a time of great financial distress for Trump thanks to his “mismanagement of three Atlantic City casinos, his ill-fated foray into the airline business and his ill-timed purchase of the Plaza Hotel in Manhattan.”

On Monday, during a rally in Colorado, Trump responded to these revelations, telling the crowd, “As a businessman and real estate developer, I have legally used the tax laws to my benefit…I was able to use the tax laws of this country and my business acumen to dig out of the real estate mess…when few others were able to do.”

In another rally that same day, Trump admitted to having benefitted from US tax law but reasserted his intention to improve the tax code for all.

“The unfairness of the tax laws is unbelievable. It is something that I have been talking about for a long time…despite being a very big beneficiary…but you are more important that my being a beneficiary so we are going to straighten it out and make it fair for everybody,” he reiterated.

Trump’s tax filings have been a matter of great controversy in the US Presidential elections. The Republican candidate has so far refused to submit his tax returns, making him the only candidate for President who’s failed to comply with this standard practice. 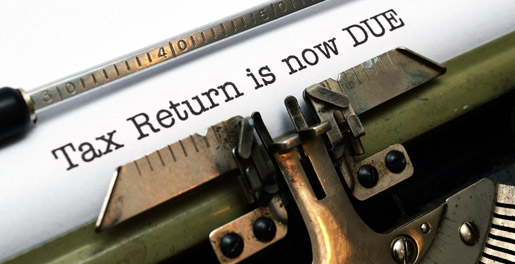 Reactions to this information have been varied. Some, like former New York Mayor Rudy Giuliani, have called Trump’s tax move “genius,” while others claim it further proves the Republican candidate’s incompetence.

For example, Ron Insana writing for CNBC says Trump is far from “a highly-skilled businessman who has a fiduciary responsibility to his business” as claimed by his campaign’s spokespeople following the New York Times’ report.

Insana asserts that “reducing his personal tax bill does absolutely nothing for any business he may be running, public or private, and more than likely the losses he generated to reduce his personal tax liability very likely came at THE EXPENSE of shareholders, bondholders, employees and vendors.”

The author then accuses Trump of practicing “pecuniary responsibility, putting one's individual financial needs ahead of the constituents served,” adding that “there is no genius involved in using business losses to reduce one's personal tax bill.”

Barry Arends, a columnist for MarketWatch, also criticized Trump for playing his cards all wrong.

Arends writes that “the real “scandal” of Trump’s tax avoidance isn’t that he did it, but that it’s legal — that loopholes exist that allow very rich people to pay little or no tax. That is really the fault of Congress, not the citizens who use the loopholes.”

“If Trump had any real smarts,” he adds, “that’s exactly what he would have argued.”

Like Arends, Megan McArdle writing for Bloomberg argues that Trump’s tax returns is not scandalous per se since it showed proper use of available tax laws, ones that are available to all local companies regardless of income level.

McArdle places great stress on net operating losses (NOLs), which “in tax law…has a special meaning, because these NOLs can be offset against money earned in other years.”

For example, she writes, “You can use a “carryforward” to offset the losses against income made in future years (as many as 15 future years, under the federal tax law of 1995),” or  “you can also use a “carryback” to offset those losses against income you made in past years (three in 1995, which when added to the 15-year carryforward term, gives us the 18 years the Times refers to).”

Rob Berger, a columnist for Forbes, agrees with McArdle’s take on Trump’s use of these tax laws.

He writes, “NOLs apply to businesses generally, not just those owned by the wealthy. If a small business generates a loss in a given year, it too can offset future profits with those losses. The numbers may be smaller than for Trump, but the concept is the same.”

David Folkenflik of NPR pays closer attention to The New York Times’ publication of Trump’s tax returns in terms of whether it was legal or not.

Folkenflik goes on to say that he doubts Trump would actually file a lawsuit against the leading newspaper since it “could seek to use any lawsuit as a means of forcing Trump to answer questions about his finances under oath, a prospect the candidate and developer would presumably want to avoid at almost all costs whether as president or in private life.”

Buckle up for what’s shaping up to be an intense month leading up to the November 8th elections. We’ll make sure to watch closely, plenty of donuts in hand.